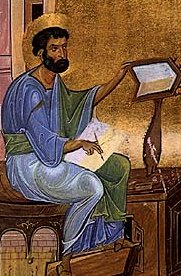 Amazement is a common crowd reaction to Jesus’ teaching and to his miraculous powers of healing and exorcism in the Gospel of Mark.

Then in 6:6, whereas the subject of the verb “amaze” has been the people, Jesus is amazed (ἐθαύμαζεν) on account of the lack of faith (ἀπιστία) of the people. The prior verse has said, “And he could not do any miracle there, except to lay his hands on a few sick people and heal them” (AKJV). This is odd. Just as Jesus’ miracles lead to amazement, now his lack of miracles in 6:5 lead to a lack of belief on the part of the people, and this leads to Jesus’ amazement at the people’s lack of faith.

In 15:5 there is a new subject who is amazed: Pilate is amazed at the lack of a reply from Jesus in his own defense at his trial.

The theme of amazement is significant in the Gospel of Mark. Jesus in Mark is the divine Son of God who has authority to teach, heal the sick, and cast out demons. Because of this the crowds and his disciples are amazed. (Except in 6:5-6, where they are not.) And yet Jesus is not the political Roman empire-conquering Messiah that many Jewish people expected, so there is amazement even on Pilate’s part in 15:5 when Jesus does not respond.

Though no “amazing” words are used, the centurion in Mark 15:39 seems to have the final word of amazement in the Gospel. Having watched Jesus die, he utters in astonishment, “Truly this man was the Son of God!”