The prophet Isaiah spoke of the path from darkness to light:

Seek justice, encouraged the oppressed…if you spend yourselves in behalf of the hungry and satisfy the needs of the oppressed, then your light will rise in the darkness, and your night will become like the noonday.

Today is Martin Luther King, Jr., Day, a national holiday commemorating the great preacher and one of the leaders of the civil rights movement of the 1950s and 60s. Were he still living, Dr. King would have been 86 this weekend. 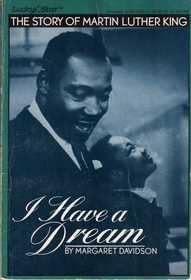 In a world where any black person on a bus was expected to give up his or her seat to any white person who asked, a world where peaceful civil rights protestors suffered unprovoked police brutality, and a world where blacks were often prevented from basic rights like voting simply because they were black, Martin Luther King, Jr., knew what it was to suffer injustice.

And he knew that his particular experience of injustice had universal implications. In his 1963 “Letter from a Birmingham Jail” he famously wrote, “Injustice anywhere is a threat to justice everywhere.” In response to his fellow clergyman who called for him to slow down, he said that when we say “wait” to righting the wrongs around us, “wait” often turns into “never.” “Justice too long delayed,” he wrote, “is justice denied.”

One thing I want to do more of in 2015 is to stop saying “wait” in my own efforts to speak up and act in response to injustice—whether it’s racial injustice, poverty, homelessness, sexism, violence, or systemic oppression. I’m spending some time prayerfully discerning what this will look like. I am challenged by Isaiah’s call to “seek justice” and “encourage the oppressed,” an essential part of every Christian’s vocation.

I and we need to hear Isaiah’s urgent call and King’s impassioned words just as much today as their first hearers did.

May we open ourselves to God and listen to how he leads us to act on the words of the prophet.

The above is adapted from a short letter I sent to my congregation.