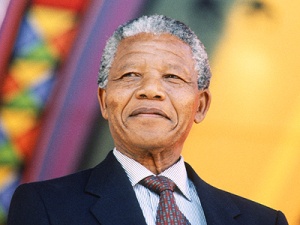 Three years ago this week the world lost a prophet, Nelson Mandela. He died at the age of 95.

As I was watching a PBS special about him, just hours after his death, there was a friend of Mandela’s telling about a recent visit he’d made with his young son to see Mandela.

I don’t remember the guy’s name–it was a political dignitary, as I recall. He said when he and his son came in to see the aging Mandela, Mandela said, “Oh, it is so nice that a young boy would still come and see an old man who has nothing new to say.”

Prophets know they have to be repetitive.

Prophets know they aren’t necessarily saying something new, but the visions of hope that they’ve been casting have still not come about, and so they say the same thing.

They cast the same good, hope-filled vision: over and over, until it gets through our sometimes thick heads that this vision might actually become a reality.