Some 12 years ago I wrote the following poem-prayer after reading Paulo Freire’s Pedagogy of the Oppressed and some of his other writing on the church. I found it again the other day so am posting it here:

The book above–La Violencia del Amor, or, The Violence of Love–is available as a free download from the publisher, here (Spanish) and here (English). 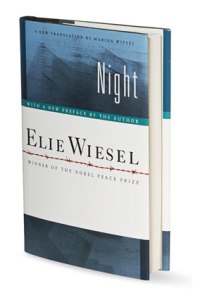 Amazingly, I made it through high school and college without reading Elie Wiesel’s Night. Having just found a copy in good condition at a local used bookstore, I plan now to read it. My recent reading of Bonhoeffer has revived my interest in Holocaust and genocide studies.

I may or may not report back here again about Night, but I expect it to be a powerful read.

Right now there are four good-to-own biblical studies books on sale for less than $3 (and two of these are less than $2).

How to Read the Bible for All Its Worth (Fee and Stuart), $1.99 on Kindle (here). I’ve read this, though it’s been some time now. Solid book. 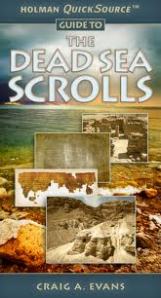 Surprised by Hope: Rethinking Heaven, the Resurrection, and the Mission of the Church (N.T. Wright), $1.99 on Kindle (here) and iBooks (here). I haven’t read this (I know! I need to get on it) but several folks have highly recommended it to me.

Paul’s Letter to the Romans (Pillar Commentary Series), Colin G. Kruse, $2.99 on Kindle (here). The couple times I’ve used this have led me to think this is a good resource.

(This blog participates in the Amazon Associates Program, so any purchase from Amazon that comes from a link on this site sends a small percentage of the purchase price to upkeep and maintenance for Words on the Word.)

In July I’ll be joining a group of bloggers in reviewing Timothy Michael Law‘s forthcoming When God Spoke Greek: The Septuagint and the Making of the Christian Bible.

Brian LePort at Near Emmaus is hosting. Here is the schedule for the tour:

ANDREW KING (Tuesday, July 23rd, http://blogofthetwelve.wordpress.com/)
3 Was There a Bible before the Bible?
4 The First Bible Translators

AMANDA MacINNIS (Wednesday, July 31st, http://cheesewearingtheology.com/)
11 God’s Word for the Church
12 The Man of Steel and the Man who Worshipped the Sun

JAMES McGRATH (Friday, August 2nd, http://www.patheos.com/blogs/exploringourmatrix/)
13 The Man with the Burning Hand vs. the Man with the Honeyed Sword
14 A Postscript

There still (shocking!) aren’t that many books about the Septuagint, so I’m sure this will be a welcome addition. Law writes on his blog, “I shall not rest until there is a Septuagint in the hand of every woman, man, girl and boy.”

I think he’s kidding (but not sure about this), but TML loves his LXX. I’m looking forward to being part of the review. More to follow here. 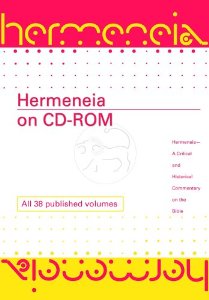 I’m looking to sell the Hermeneia CD-ROM set (38 vols., 2006). It’s compatible with Logos/Libronix. $149 (and willing to consider offers). See here and here for details on the set.

If you want to contact me about a possible purchase, feel free to use this form, and we’ll talk. I generally do things through PayPal.

The NA28 Greek New Testament is now available for purchase in Accordance Bible Software. The text itself is free here. The Accordance version includes the apparatus, marginalia, and other nice enhancements. Here’s a screencast that shows how you can use the NA28 in Accordance:

More about the Nestle-Aland edition is here. Its Accordance product page is here, with an Accordance blog post about it here.

“Are literal versions really literal?” So asks Dave Brunn in One Bible, Many Versions: Are All Translations Created Equal? Brunn is a missionary and educator with extensive Bible translation experience. Noting that the Bible is “virtually silent” on “the issue of translation theory,” he seeks in his book to answer questions like:

He examines versions as diverse as the Message, the New Living Translation, the New International Version, the English Standard Version, and quite a few others. He lists examples on both the word level and the sentence level to show that “every ‘literal’ version frequently sets aside its own standards of literalness and word-for-word translation,” when slavish literalism would compromise meaning in the target language. For example, the New American Standard Bible–hailed as one of the most literal English translations–takes Genesis 4:1 (Hebrew: [Adam] knew [Eve]) and translates knew as had relations with. This accurately captures the meaning of Gen. 4:1, but it is not word-for-word.

So, too, with the ESV: Mark 9:3’s “no cloth refiner on earth” becomes “no one on earth” (among many, many examples Brunn gives).

At issue here is the relationship between form and meaning. He writes:

The form includes the letters, words, phrases, sentences, paragraphs, and so on. The meaning consists of the concepts or thoughts associated with each of the forms. Both elements are essential in all communication. …[I]t could be hard to argue that one is more important than the other.

To translate, Brunn points out, is to necessarily change the form. The only way to keep the form of Hebrew or Greek is to leave the text in Hebrew or Greek. There is no such thing as “consistent formal equivalence” between “any two languages on earth.” Brunn (rightly, in my view) suggests that it is okay (even necessary) “to set aside form in order to preserve meaning,” but that one should not sacrifice meaning for the sake of preserving form. Besides, he points out, no translation (not even the most “literal” one) sacrifices meaning every time for the sake of formal, word-for-word equivalence.

Brunn drives his point home especially well by making reference to other languages. Perhaps folks argue about literalness in English translations because of English’s linguistic/familial relationship to Greek. But what about non-Indo-European languages, Brunn asks? “As long as the debate about Bible translation stays within the realm of English translation, the tendency will be to oversimplify some of the issues,” he writes. “I believe that many well-meaning Christians have unwittingly made English the ultimate standard.” His examples of translation challenges going from English to Lamogai (the language into which he worked with others to translate the New Testament) reinforce his idea that word-for-word equivalence is simply not possible across languages. (Lamogai, for example, uses gender-neutral terms to refer to siblings, whereas Greek and English do not.)

The translations that people fight over have more in common than we may first realize. Brunn calls for unity among Christians when it comes to what translations we use. “If we set any two English Bible versions side by side,” he says, “We could easily find hundreds of instances where each version has the potential of strengthening and enhancing the other.” (Indeed, there are even times when less “literal” versions like the NIV or NLT seem to stay closer to the original languages at the word level than versions like the ESV or NASB.)

Knowledge of Hebrew and Greek is not needed to profitably use One Bible, Many Versions, though Brunn does have footnotes for “readers who are already knowledgeable in translation issues.” His numerous charts clearly show the difference between form and meaning in multiple translations.

Brunn gives good guidelines for Bible readers and translators alike, as they seek to discern what translations to use and how to think about translation theoretically. Especially in the second half, the book felt a little repetitive–I didn’t think Brunn needed as many examples to make his point that literal translations don’t consistently adhere to their own standards. Though perhaps those who need more convincing will appreciate the extensive charts.

What I was most impressed by was Brunn’s obvious high regard for Scripture, together with a pastoral sense of how to navigate the so-called Bible translation debates. In addition to these, the care with which he analyzed translations and compared them to each other made it easy to follow (and agree with) him. Whether you’re interested in Bible translation or exploring the differences between various versions, One Bible, Many Versions is an engaging and informative guide.

Brunn has a Website here; the book’s site is here.

Thanks to IVP for the review copy. You can find the book on Amazon here, and its IVP product page here.

…David, the winner of a new copy of The Honest Toddler: A Child’s Guide to Parenting.

You can read more about the book here. I highly recommend it, whether you’re a parent or not.

To choose a winner, I assigned a number to every entry (both a comment on this blog and a share of any kind qualified), then used a random number generator to select the winner.

Congratulations, David, and enjoy the new book! I wish you the best in your toddler adventures. 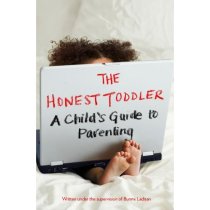 Today you can still leave a comment here for a chance to win a copy of the new Honest Toddler book.

To enter, simply comment on this blog post with the best (brief) parenting tip you can come up with. Or just say hi. For a second entry, share the link to this post on FB, Twitter, via mind meld, etc., and let me know in the comments section that you did.

I’ll announce the winner tonight. In the meantime, my review of this wonderful, creative, hilarious, and therapeutic book is here.