Shane Claiborne is an author and activist who helped found The Simple Way, an intentional Christian community in Philadelphia. He loves Jesus and loves the poor, and has given his life on their behalf.

Shane was lined up to speak at a youth worker’s national conference once, and to the surprise of the crowd and the organizers, when his keynote came, he stood up, read the Sermon on the Mount, and then sat down. His “talk” was done–a reading of Jesus’ sermon in Matthew 5-7.

When interviewed about it later, Claiborne said that as much as he loves that particular conference, the amount of noise and clutter and “Christian stuff” of that conference led him to the simplicity of the words of Jesus. He wanted to read them and let them stand on their own.

Not What the Disciples Expected?

We’re following the lectionary through Matthew, which takes us through Jesus’ Sermon on the Mount for the next few weeks. Though much writing and many attempts at interpretation have come from the Sermon on the Mount, perhaps the hardest thing about it is accepting Jesus’ words and submitting to them. We lack not understanding, as much as we do the follow-through in trying to inhabit this reality that is the kingdom of God.

I wonder what those youth workers at the convention thought. Youth ministers are a thoughtful bunch, generally. So I imagine the mealtime conversation at the convention that day was lively. Do you think he should have done that? Was it gimmicky? Do you think the organizers want their money back? Or maybe, That was just what I needed to hear. That’s just what I need to do. And, That was the best message I’ve ever heard.

I wonder what the disciples must have thought as Jesus went through what we call the Beatitudes, these verses that begin, “Blessed are you….”

He called some fishermen to be disciples, which we read about last week. Then, with this unlikely coalition, it says at the end of Matthew 4:

Matt 4:23 Jesus went throughout Galilee, teaching in their synagogues, preaching the good news of the kingdom, and healing every disease and sickness among the people. 24 News about him spread all over Syria, and people brought to him all who were ill with various diseases, those suffering severe pain, the demon-possessed, those having seizures, and the paralyzed, and he healed them. 25 Large crowds from Galilee, the Decapolis, Jerusalem, Judea and the region across the Jordan followed him.

Jesus is becoming quite the public figure already.

These fishermen were probably thinking–hey, we made a pretty good decision to follow this guy. There’s all kinds of action–healing disease and sickness, demons are cast out, good news abounds… I like this Kingdom! I’m glad to be a citizen in this Kingdom of Heaven. I wonder whom we will rule over? Maybe those guys in that other boat that kept fishing in our lake! We’re moving up in the world.

Jesus Goes Up a Mountain to Preach

Matt 5:1-2 Now when he saw the crowds, he went up on a mountainside and sat down. His disciples came to him, and he began to teach them, saying:

Matthew says, in essence, and the very first thing he said was…. to try to build the suspense. Jesus had already been preaching, “Repent, for the kingdom of heaven has come near!” but now we get full-length teaching from Matthew and Jesus. One other translation has verse 2 as, “He took a deep breath, and began his teaching.”

This Kingdom he has preached–now he’s going to talk about it. The Kingdom of God is here, the disciples have been called into it, and they’re probably wondering by now what it means.

So the question Jesus is answering with the Beatitudes is–who are the citizens of the Kingdom of Heaven? What do they do? How do they live? What are their attitudes and thought lives like? What does the economy of this Kingdom look like, and who are its constituent members? I’ve repented, Jesus, just like you and John the Baptist said to do… now what?

Jesus will say: The life lived in humble submission to God is the life that is truly blessed.

When Shane Claiborne read three chapters of the Bible to a crowd full of eager youth ministers, I’m sure that it was jolting. It was not expected. And you have to imagine that the disciples–having already seen all that they’ve seen–are surprised at how this sermon begins.

The second half of each of these sounds great– “theirs is the kingdom of heaven,” “they will be comforted,” “they will inherit the earth.” But the comfort and inheritance of the earth are a future reality, not fully realized now, and so citizens of the kingdom don’t get to enjoy all of the benefits of the kingdom right now. The ones Jesus calls blessed are “the poor in spirit,” “those who mourn,” “the meek.” They don’t seek revenge, they’re not vindictive. Instead, they are gentle, peace-filed, and long to be in a loving relationship with God. Jesus will say: The life lived in humble submission to God is the life that is truly blessed.

By the time of Jesus, there was an already age-old question keeping philosophers and teachers busy: “What is the good life? What constitutes it? Where is happiness found?”

Jesus weighs in here–he describes the blessed life. He says: The life lived in humble submission to God is the life that is truly blessed. That’s the good life. And yet, it’s a strange answer, in a way, because Jesus talks about persecution and being mocked, being poor in spirit and mourning. He blesses those who long for righteousness, who are merciful, whose hearts are pure, and who make peace.

These citizens of the Kingdom of Heaven may or may not find “happiness” in the sense that we usually use that word. If the good life is based on one’s circumstances, a follower of Jesus might not have it too good. But because in Jesus the kingdom has come and has begun to break into the earthly lives of its citizens, those who do these things are blessed.

The one doing the blessing is God–some people call this the “divine passive” verb–they are “blessed by God,” the King of this Kingdom. The good life for a follower of Jesus is not based on circumstances, but is rooted in the deep, abiding joy that comes from knowing that God blesses the humble, the merciful, those who make peace.

If it is bad news that a Kingdom citizen might be poor in spirit, or will mourn, or may be persecuted… this is all met squarely with Christ’s grace-filled declaration that you will be blessed. You will be shown mercy. You will see God. When you’re not feeling good, when you are far from happy, when people unfairly mistreat you and speak against you and make you feel awful… no one can take away from the fact that God blesses those who follow him. The life lived in humble submission to God is the life that is truly blessed, the good life.

Those who live by the Beatitudes receive divine favor, God’s approval.

The citizen Jesus describes is counter-cultural. In the Kingdom of This World, the Beatitudes sound a little different: 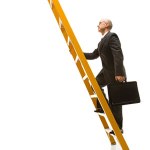 We may be more familiar with this kingdom that says, “Woe to the meek, for people will walk all over them. Woe to the pure in heart, for they really miss out on the fun.”

But Jesus knew what was coming. He knew what the disciples would be up against. He knew what he was eventually in for. And he knew that God’s blessing trumped all else. He would say in another Gospel, John, “I have told you these things, so that in me you may have peace. In this world you will have trouble. But take heart! I have overcome the world.”

And these Beatitudes are a set of promises, an assurance of blessing to those who walk in the way of Jesus, whatever else may come.

Some Kiev Priests Who Are Taking This Seriously

We prayed last week for the escalating conflict in Ukraine. Culture and politics and economics are all wrapped up as protesters cry out against the current government. President Yanukovych, though democratically elected, has frustrated many in the country by not partnering with the European Union, favoring next-door Russia instead. Accusations of cronyism and corruption, not to mention overly harsh cracking down on protesters, have led the country into a growing state of unrest.

In the midst of that world, that conflicted kingdom, some Orthodox priests have risked their lives to literally come between riot police and protesters. In Kiev in recent weeks, there have been scenes like this one:

Morning after morning these priests have gathered to pray and to sing their liturgies. They cry out to the God of Peace.

One of the Priests, Father Igor, said, “God says ‘blessed are the peacemakers for they will have the kingdom of heaven.’ That’s why all the churches are against the confrontation and the bloodshed that has already taken place.”

Another priest said, “I’m here to placate the violence. My congregation is here.”

There’s no promise that they’ll be successful in their attempts, though we passionately add our prayers to theirs, that peace would come to Ukraine. But they do have a promise, as Father Igor notes, to “have the kingdom of heaven.” Because of their peace-making attempts and humble submission to God, their lives are truly blessed.

They will be called “sons of God,” “children of God,” Jesus says.

Just like you can look at a child and say, “You look exactly like your dad or your mom,” those who make peace are “children of God,” and so look just like their Father, God. They work for peace, just like their Brother, Jesus, the Prince of Peace.

In making peace, we run risks. In our quest for peace and righteousness, we who are part of the Kingdom of Heaven may be insulted, persecuted, or lied about. Jesus says, this is how it was with the prophets before you. We know that Old Testament prophets were not always popular for their message, and know the stories of modern-day prophets who have made peace in the name of Jesus, only to meet an untimely end. One thinks of Dietrich Bonhoeffer, Martin Luther King, Oscar Romero, to name a few.

On a more local scale, interpersonal peace comes at a cost, too. When we try to help two fighting people reconcile, there is the risk that we will offend both of them. When we try to make peace with someone we’ve offended, our efforts may not be well-received. We may feel like we have to give up “who we are” to more humbly submit to another. Or someone may not be receptive to our peace-making attempts, and so we walk away, feeling poor in spirit.

But in making every effort to make peace, we are “sons” and “daughters” of God. We know that if we hunger and thirst for righteousness, as if it were the finest cuisine, we will be filled. We hear Jesus say that in our pureness of heart, we will see God. We who mourn now, when peace-making efforts fail, will be comforted.

God’s immense grace enables us to live kingdom-worthy lives. We start to look more and more like the King. And we find that in following Jesus, we are truly blessed.

The above is adapted from the sermon I preached on Matthew 5:1-12 two Sundays ago , covering the Beatitudes. All Scripture quotations come from the NIV (1984) or TNIV. See my other sermons, if you desire, here.